So for my gamestory I'm going to need locations and characters. I already told about the general things that should be happening in my game.
The heroes are off to their goal but underway they are being obstructed by things happening in the real world. (surgery, family visit, dinner etc.)

I can build my locations around this idea.

So a starting point for the players would be the location where they get their spaceship and their assignment. Probably taking place in a huge office building in a city. The office where Crohner is would probably be very similar to a doctor's office.
So the city with the big office building. 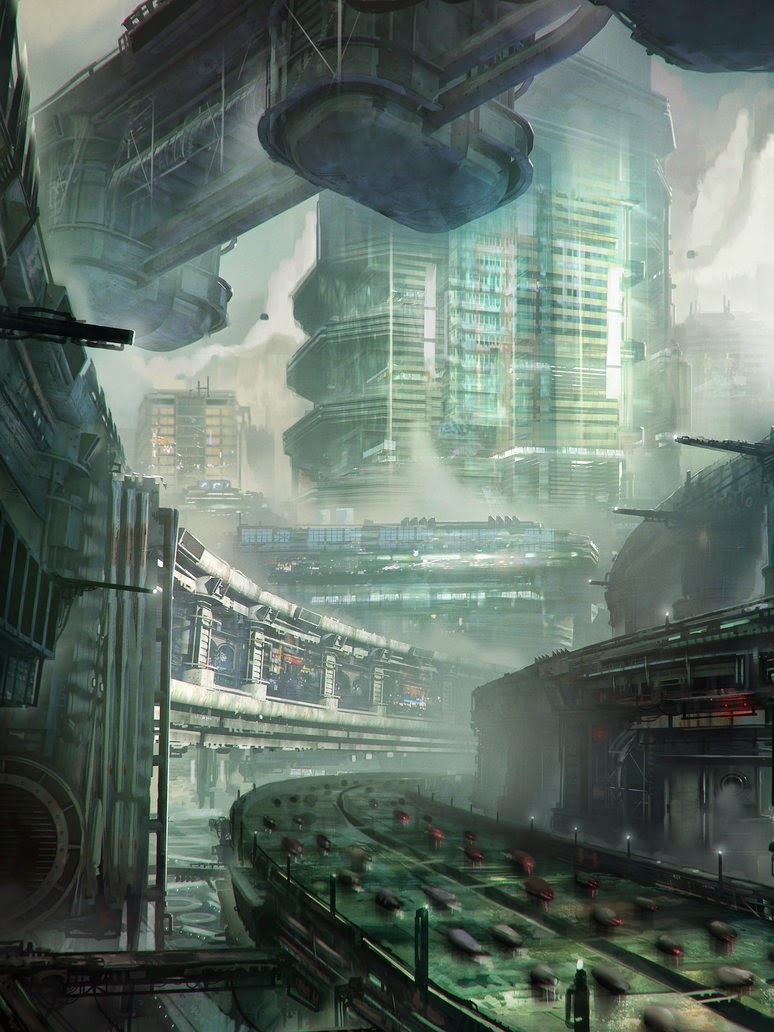 The colors would be cold and a little bit hostile and intimidating.

Second we're going to need the interior of the spaceship. This is where the players spent the most time navigating and talking to eachother. The universe is also a location in itself. The players will be travelling from location to location through the beautifull quietness of space. Much like they do in the hitchhiker's guide to the galaxy. But at less improbable speed.

There will be a point when the players are hungry and the ship is out of fuel.
Therefor they will be visiting a near planet with a nice and cosy spacebar. 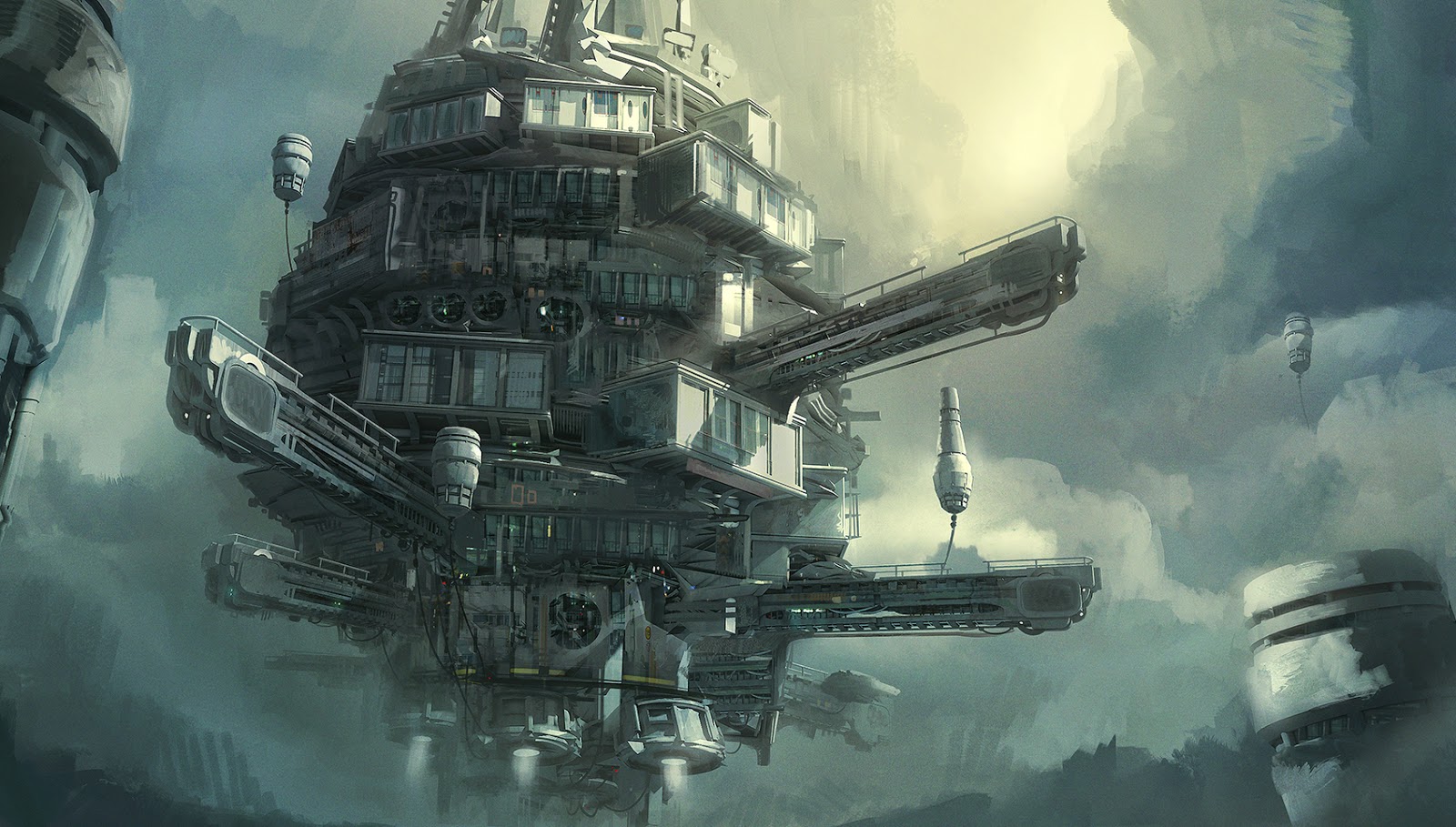 In the restaurant they will find out that they get hospitalfood instead of what they ordered. A visual clue for this world being a fantasy world.

From here on things get worse. The heroes get more and more clues of them being in a hospital. The doctor's are also after them, trying to take the heroes to their homeplanet. (in reality they need to undergo surgery or examination) They ultimately succeed to take over the player's ship.

That brings us to the homeworld of the bad guys, the doctors. A cold planet with big intimidating square buildings.

In the end the heroes will find out that the doctor's were only trying to help them. And that Crohner, their boss is actually the bad guy. (he is a manifestation of their illness)

Other locations based on the hospitalroom could be:

Jungles (based on plants in childrens room)
Abstract worlds based on children's drawings
Big oceans based on the ripple's in the children's bedsheets.

Still working on a more detailed version of the story.