About my interface. I have been trying out some formats and ratios. I'll probably go for 1080p resolution paintings. But I also need to describe those paintings and give players choices. The main point is that the text must not interfere with the images. So I decided to put the text in the top right corner.
People read from left to right so they will probably look at the image first and then at the text. And as I said. The textbox can't interfere too much with the important parts of the paintings. But painting and text have to interact with eachother somehow so I have to keep the text box in mind when I make the paintings. There shouldn't be important information on the spot where the textbox is. I have to keep that in mind when I make the composition for the paintings. 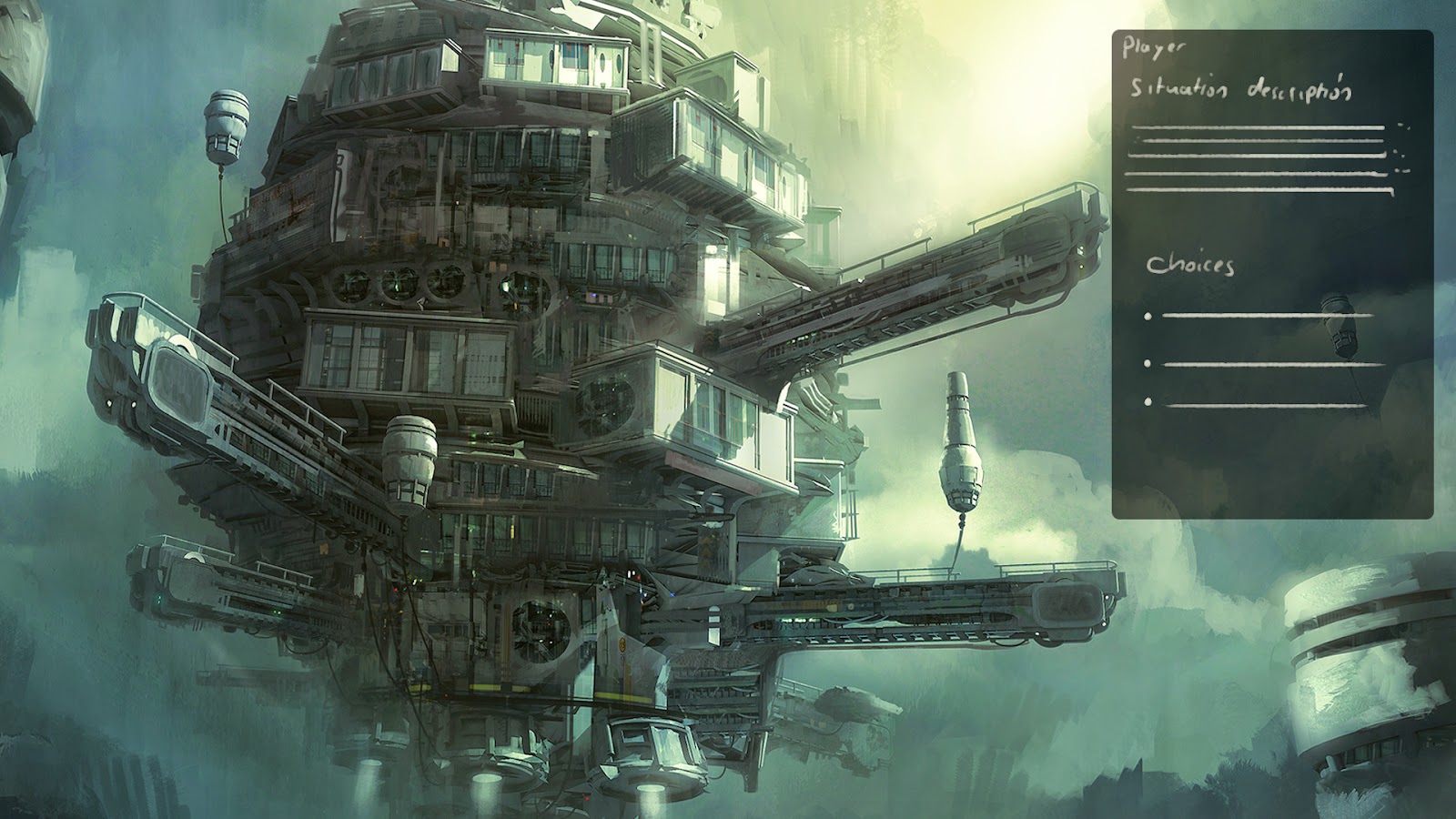 as you can see all the important stuff is happening outside of the text box. I have to keep in mind that the text needs to be readable for all players but in the end the game is about the artworks and players make choices based on what they see so the textbox shouldn't be too dominant. I think the composition above works well. Because according to the golden ratio, the focal point should be on or near one of those four intersections. The place where the textbox is is usually an empty space or a space supporting the focal point. So no vital stuff happening there. If I use those composition rules with my paintings the textbook will never interfere with the rest of the painting. The painting below is showing the Mri machine, the most important part of he painting, placed on one of the four intersections. 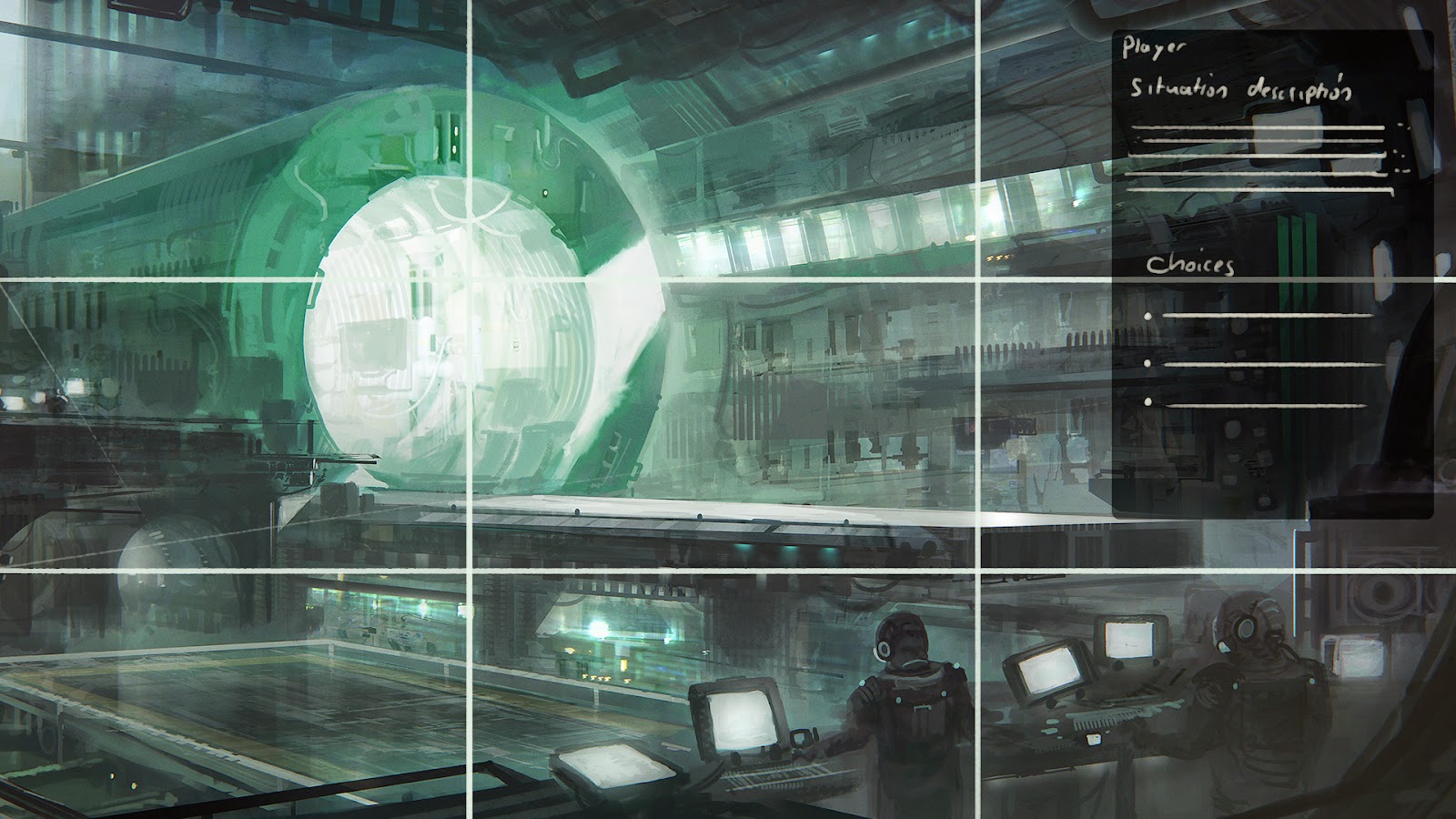 Some actual test shots of the game coming soon.
And to make things clear, you can't walk through the paintings. The paintings are describing the situation and players can react on that and give their own interpretation to the story, like in comic books.