It's been quite a while since I posted anything. I am working on a concluding text about my research. But for now here's an image I've been working on this morning. I also included a Gif showing the process of the image. 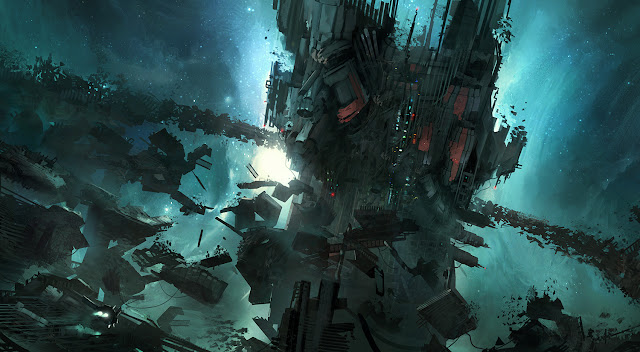 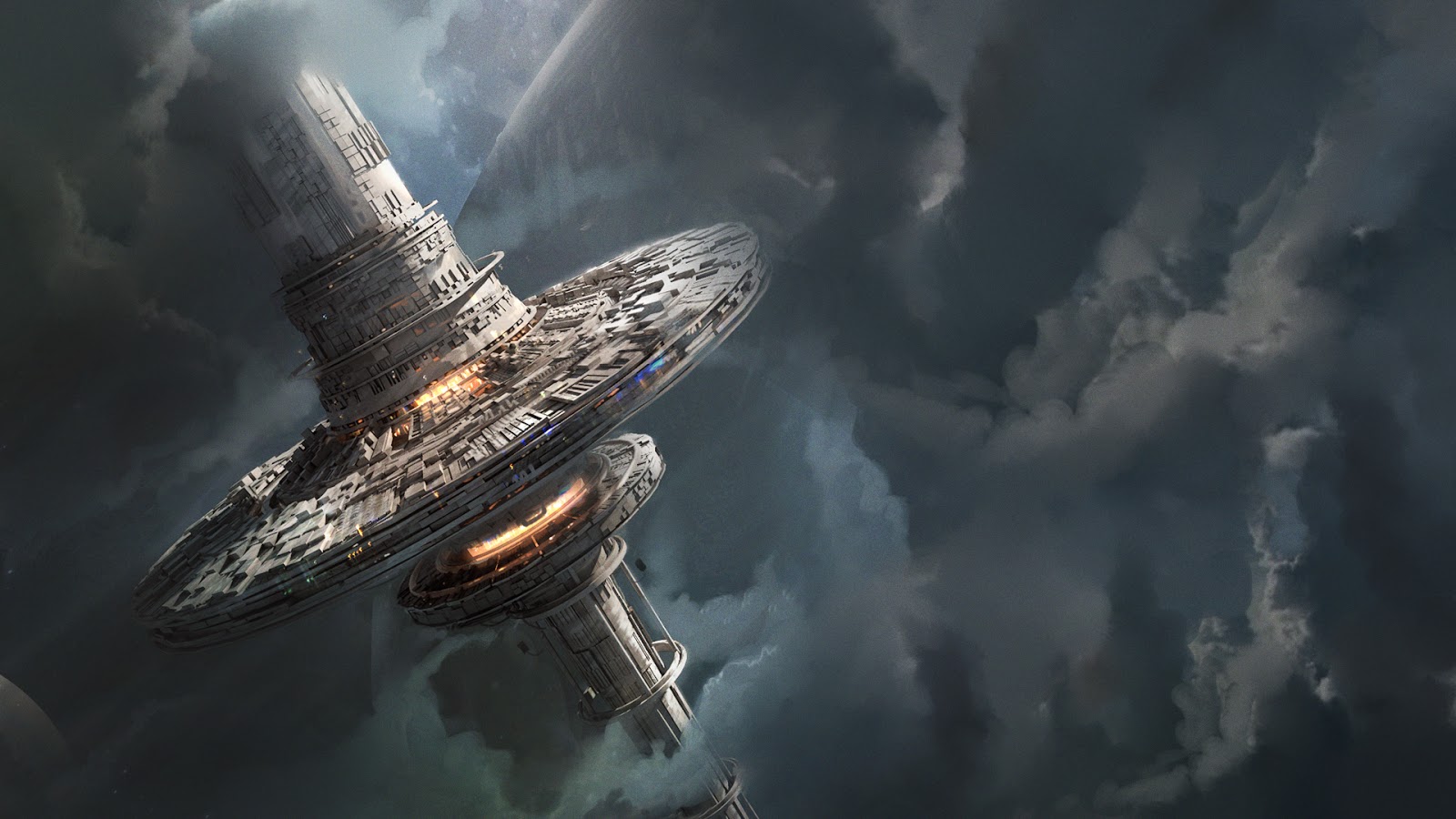 The final design for the spacestation. My small gameplay demo will take place within this flying spacehulk
Gepost door Unknown op 15:04 Geen opmerkingen:


I'm creating a scene of my game. It's one of the later stages of the story. I started the day with a little pencil sketch of the spacestation where the players need to go to. 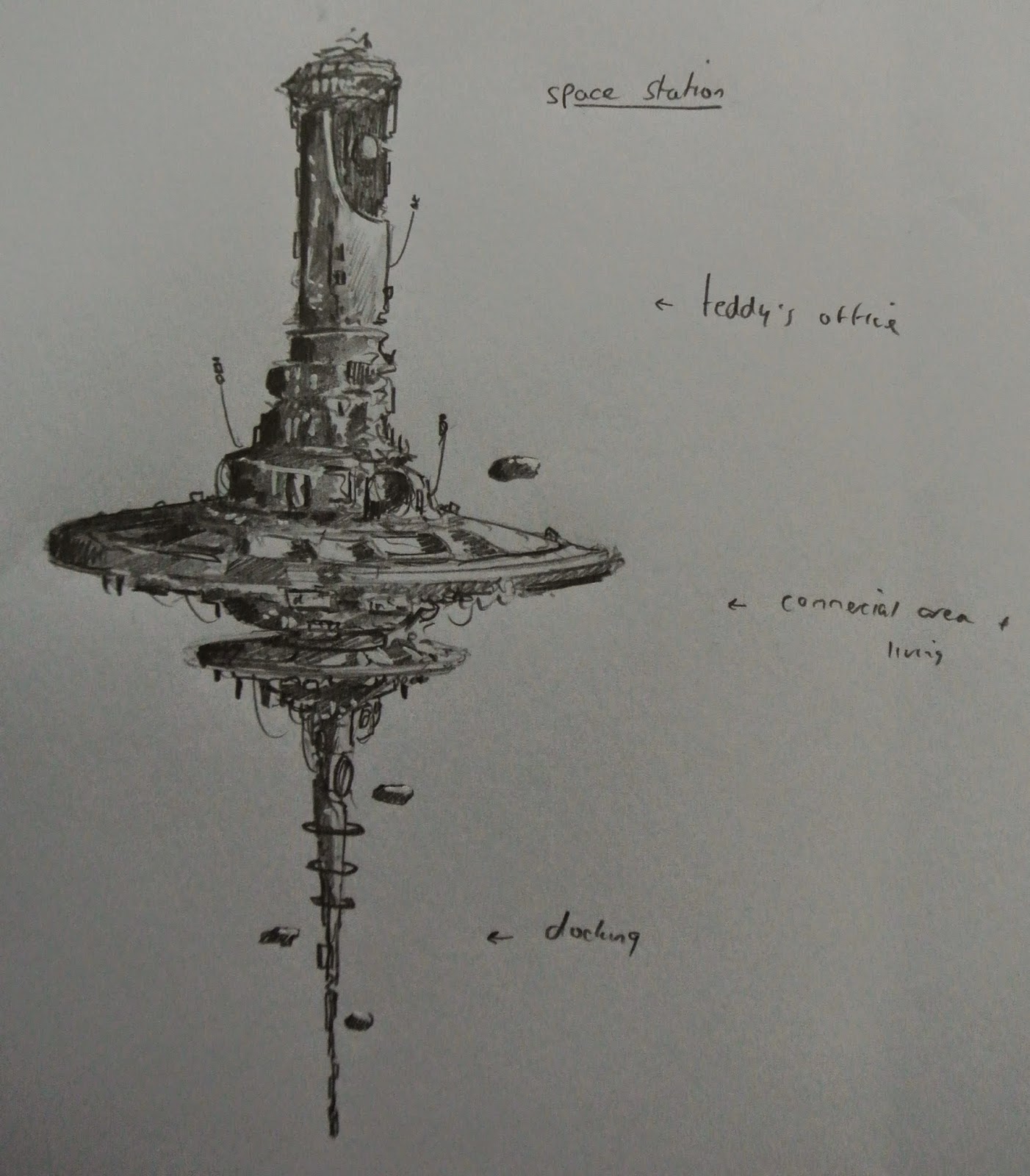 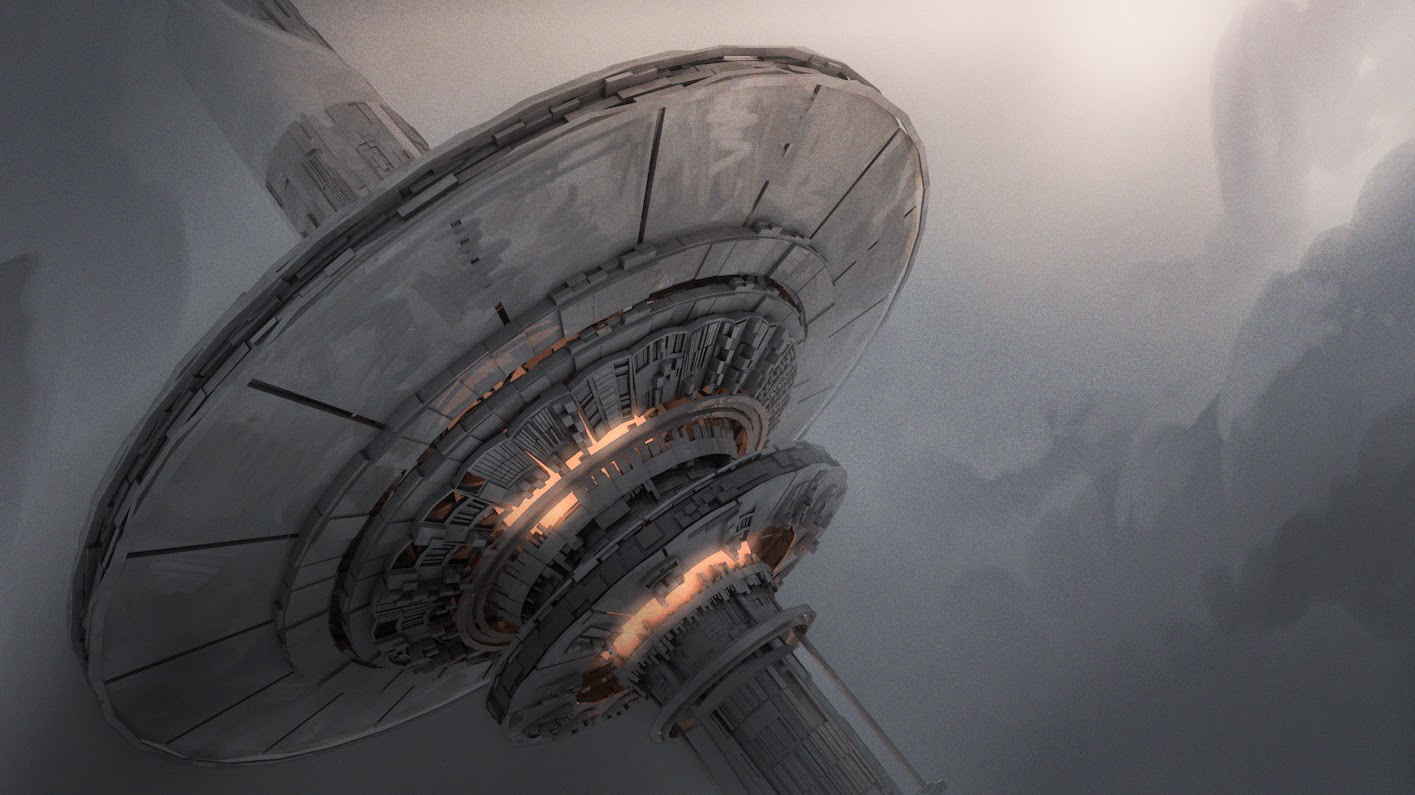 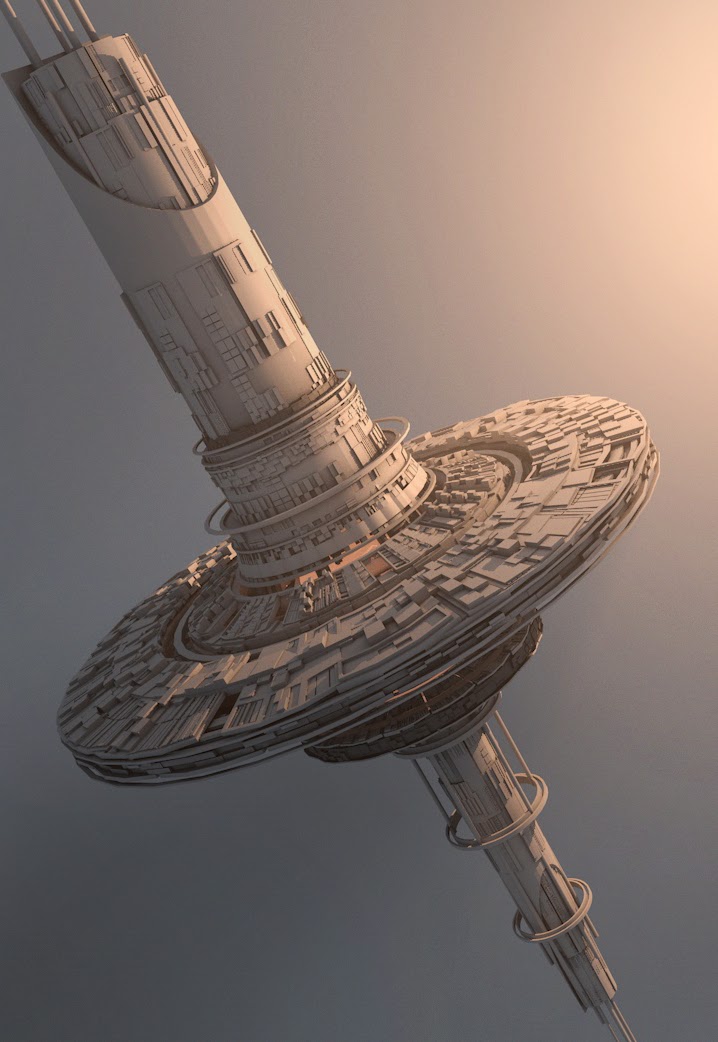 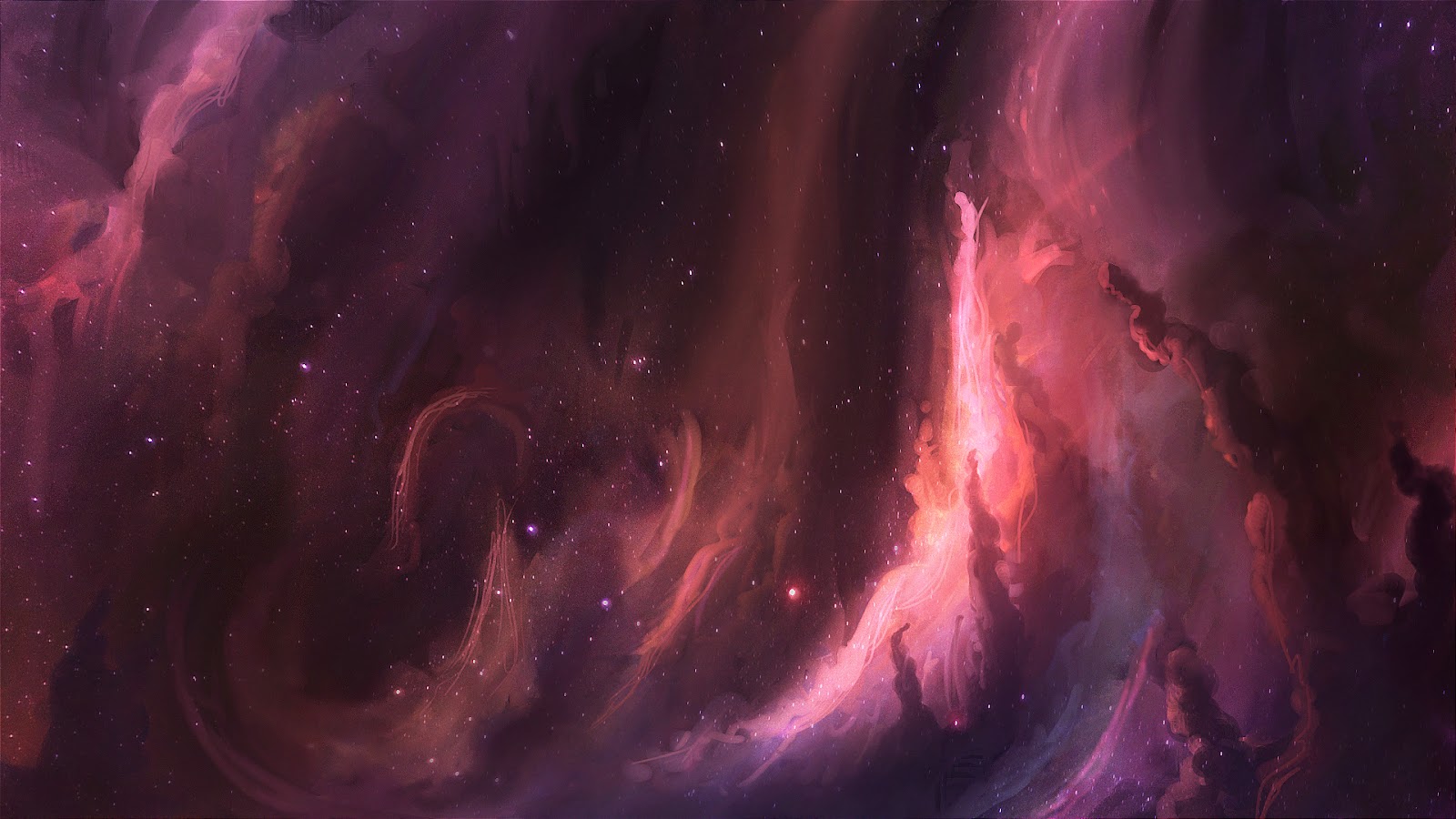 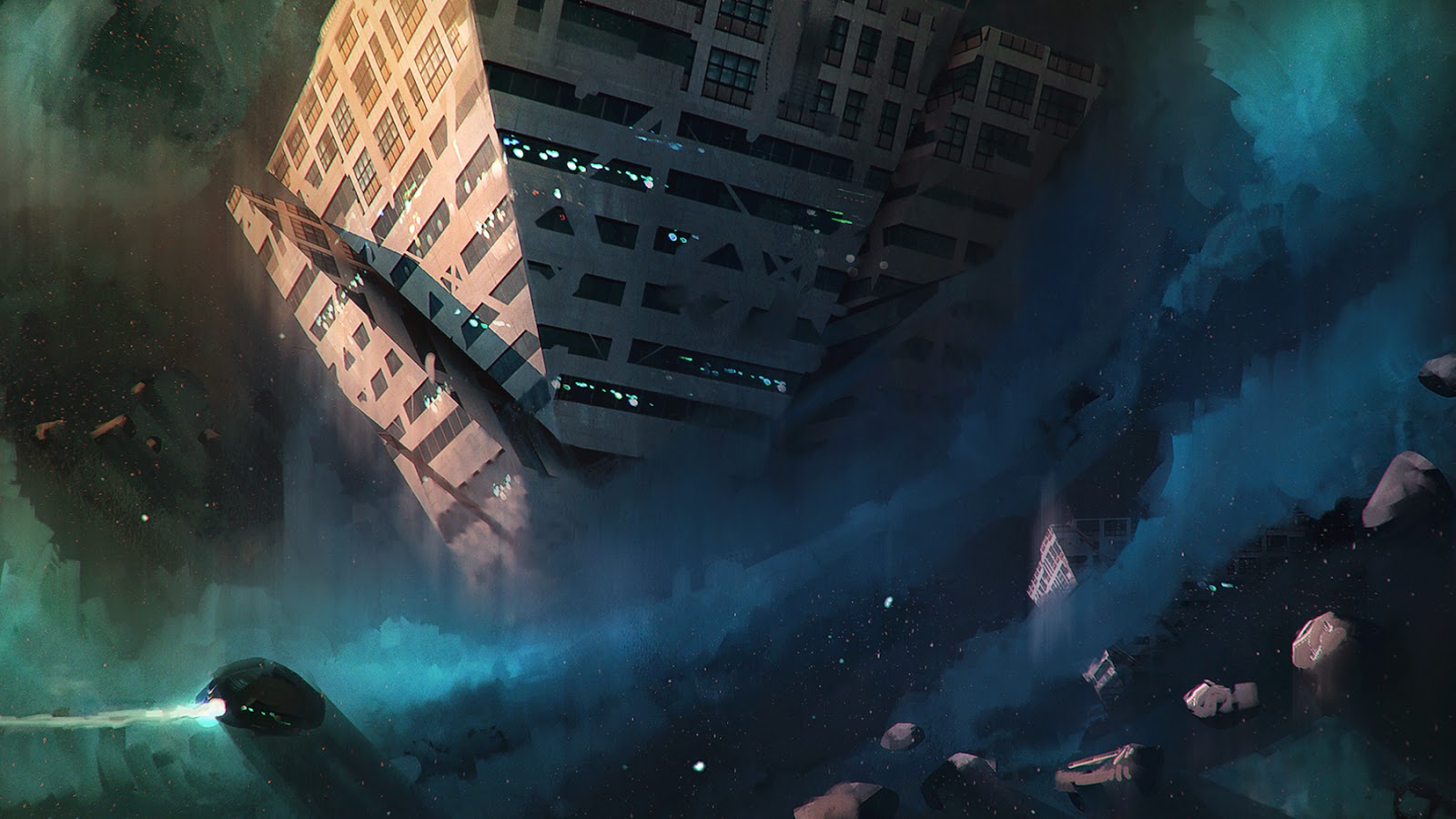 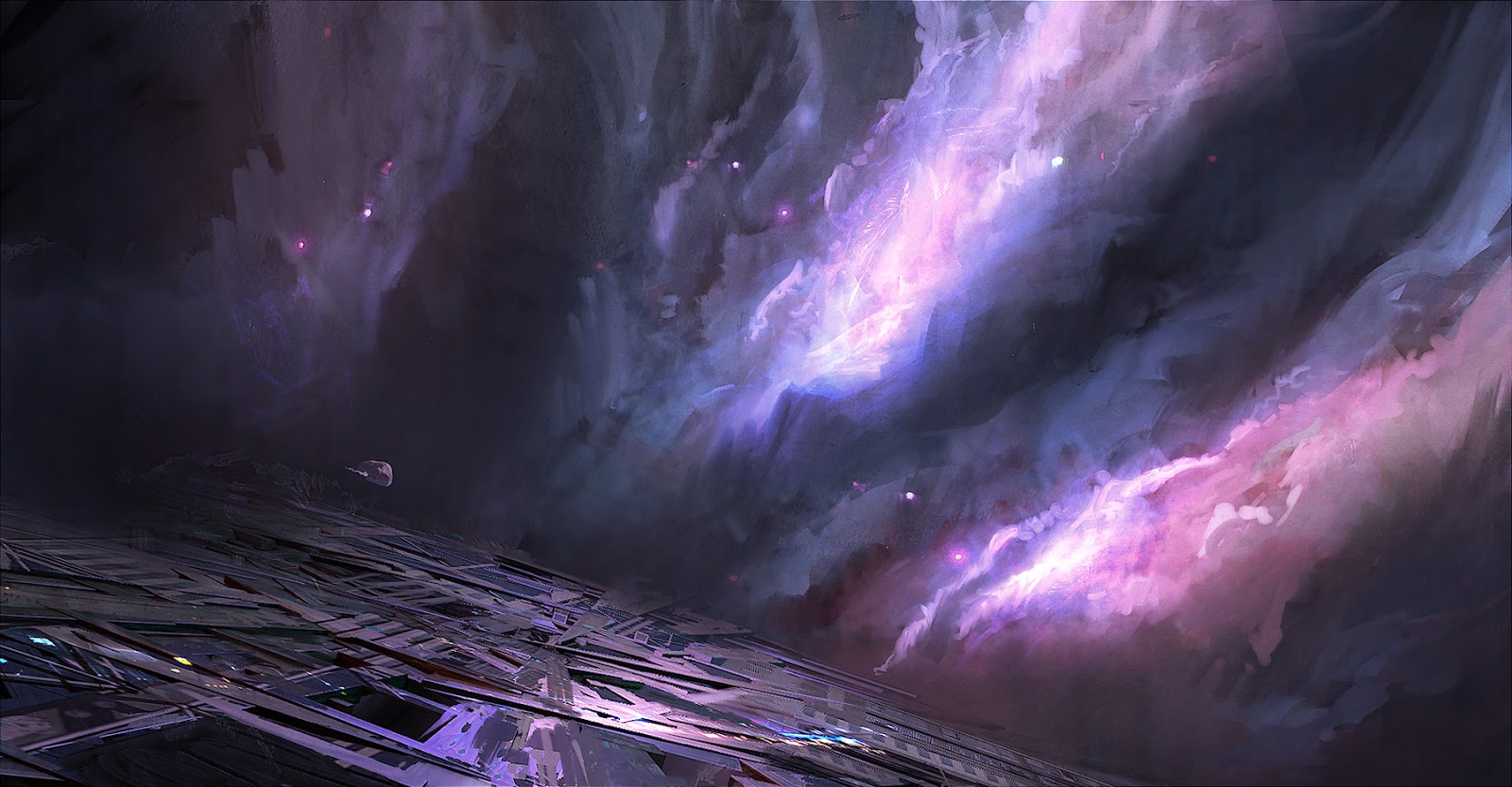 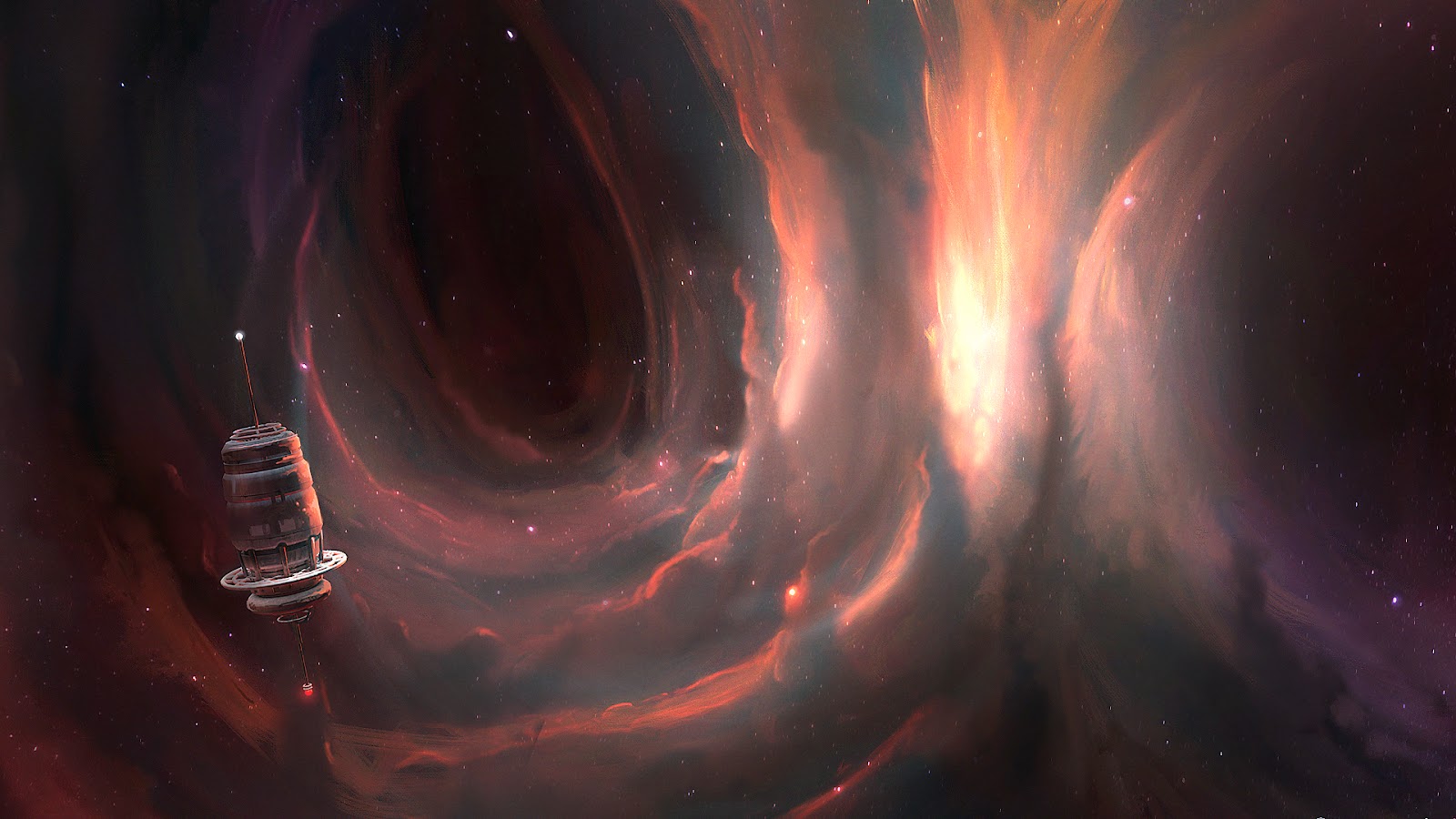 A big part of my game will take place in space. (rhymes)
So I might as well practise a bit before going into production.

Also. Johan Terink, a former colleague of mine is helping me with some html programming. We just made a very small prototype to see which interface works best.
Gepost door Unknown op 14:30 Geen opmerkingen:

So weeks left untill a very important green light presentation. Might as well start wrapping up my research. I'm going to give a quick summary about all sources and books that where an influence or an inspiration for my project.

Framed ink by Marcos Mateu-Mestre
A book that goes over composition and storytelling with images. I learned a lot from this book.
I talked about this in the beginning of my research phase.

Understanding Comics by Scott McCloud
A theory book about the history and the art of comics. Written as a comic. So not only very usefull but also fun to read. The most important thing I learned from this book is Closure. The space between pictures.

Reinventing Comics by Scott McCloud
Not As usefull to me as his first book but defintely an interesting perspective on the future of comic books.

Dream worlds by Hans Bacher
As a painter for Disney Hans Bacher has an incredible knowledge of storytelling with images. He shares his experiences in this book. A good read!

Color and Light by James Gurney
The artist behind Dinotopia shares his knowledge of color and light in an easy to read and interesting way. He talks about how light behaves and how colors act in the real world. A tough subject but very useful! 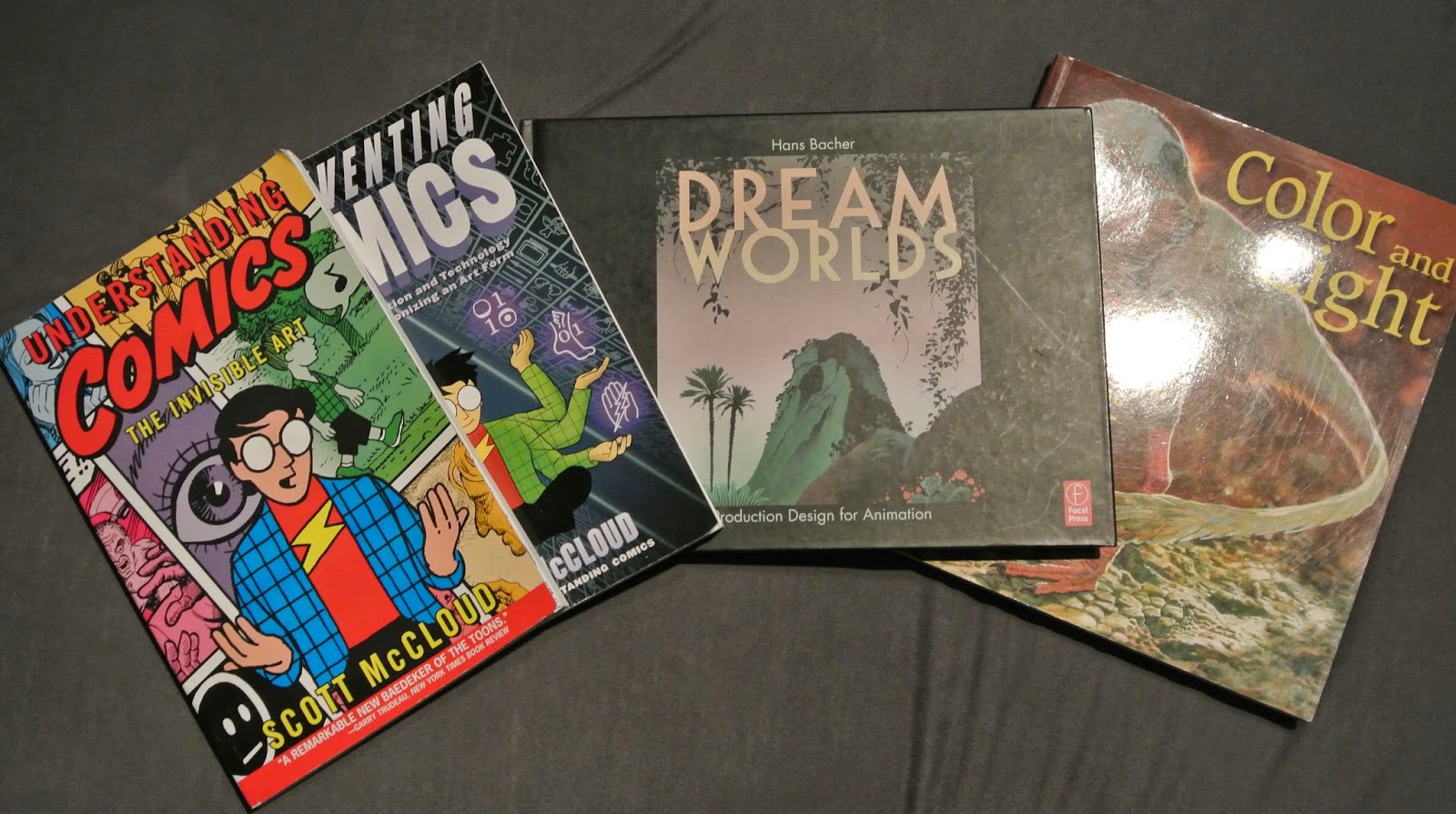 A bunch of other artbooks which happened to be in my room.
I like to collect artbooks of games and movies. Not only are the images pretty, those books give a great insight on the design pipeline in the game and filmindustry. 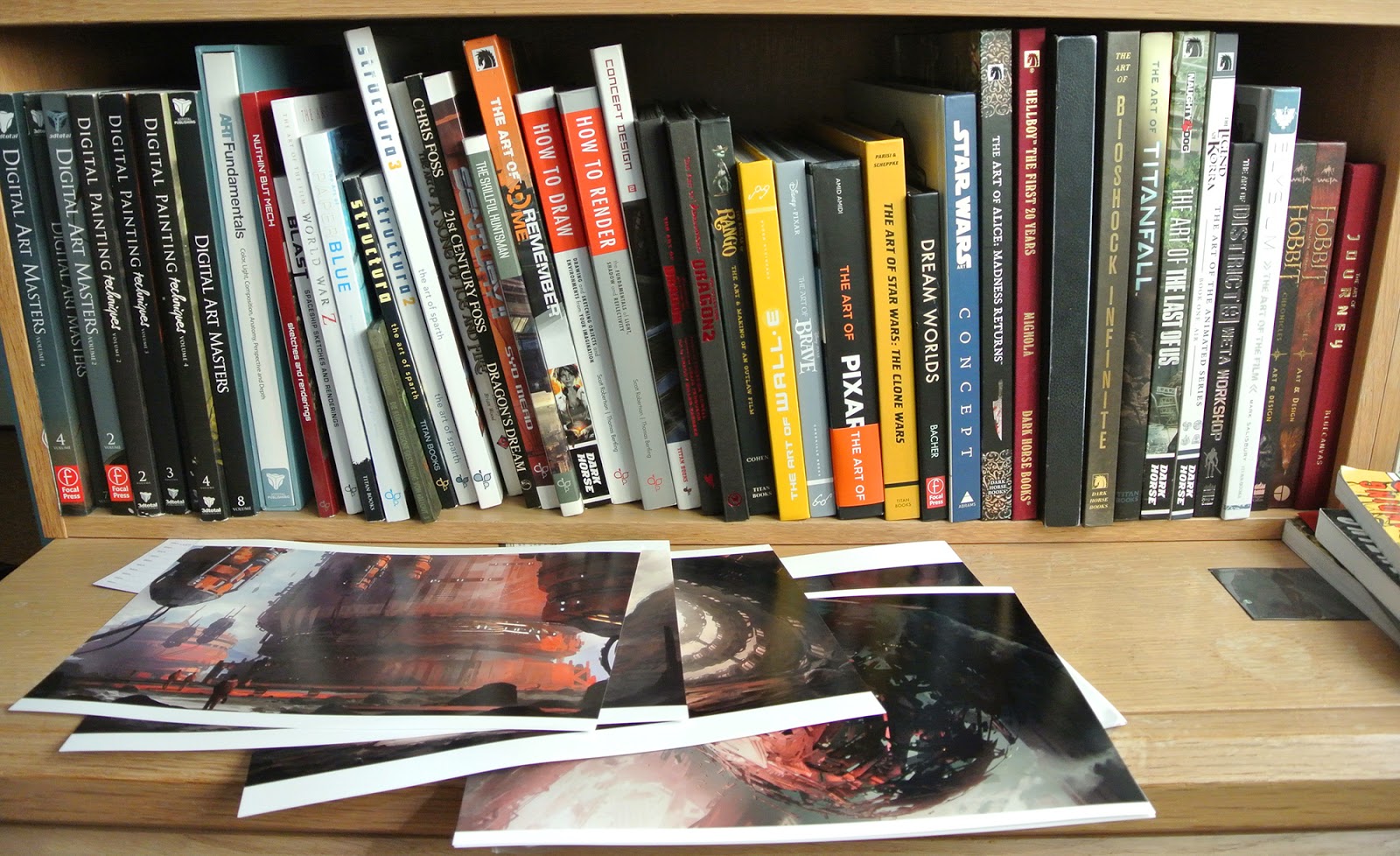 The Yawhg.
A multiplayer storytelling game. I got the idea for my project by playing this game. I wrote a small article about it in the beginning stages of my project.

Telltale Games
The walking dead, Game of thrones, The wolf among us. Games that use the same succesfull format. Single player rpg's where choices affect the storyline. Just like in my game.

Pen and Paper roleplaying games.
Games like The one Ring, Pathfinder and mutants and masterminds. Choices are made individually or as a team and a throw of the dice decides the outcome of situations. One of my hobbies and some mechanics proved very useful to me.

Guardians of the Galaxy
An inspiration to me because of the look and feel and the overall design of the movie. Colourful space vistas and crowded cities. Two things I really love. I looked at their design process to use for my own project.
The Lego Movie
The story element was important for me here. Especially the switch to the real world near the ending of the film.

The Matrix
The Matrix shows two worlds next to eachother. Things in the real world affect the fantasy world (the matrix) An idea I used for my project.

Paultje en de draak
A short animated film about a kid battling his illness in a fantasy world. Just like my protagonists are doing.

That's it for a short summary. I talked about most of the sources in previous posts.
I'm of to write some more game mechanics and puzzles for my game!