My classmate Jim and I collaborated on some tests.
We found a common interest when we were trying out his test.

He did a little test called prisoner's dilemma where two players are caught for some crime and they get a few options. Rat the other player out and win your freedom + a share of the loot, but the other player gets a 3 year sentence. If both players are silent they both get their freedom because their is no proof. When both players talk they both get a 1 year sentence.

So the choices the players made had a big consequence for the other player.
Players based their choices on what they would actually do. But what if the players received a little bit more information before making their choices. A role perhaps. Is the character a pickpocket who lost his parents, and is the other player his sister? That changes the game quite a bit. Characters are making choices based on their role and information which results in funny roleplaying discussions. I played the thief for example and my classmate Ernst-Jan was his rich sister. And he ratted my character out because he thought it would be a good learning experience for my character, a while in jail. So giving players a role or character often results in cool dialogues within a game.

The consequences were not that bad though. If I had to spend 3 years in jail it would be way worse than only suggesting it. So the players need more punishment if you really want to make them have a dilemma. Because now the players can rat eachother out just for fun, without risking anything.

That's when we came up with a small game for 4 players. The setting was a rather obvious zombie apocalypse world where players choices could mean the end of the other players. We wrote a small branching storyline with different phases. In every phase someone would have to leave the game because of choices made by other players. Sounds OK on paper but did it work?
We gave players roles and characters to make people interact with eachother, that went well. People based their choices on their characters. But there weren't enough choices and there was no way they could know what would happen if they made a wrong or right choice. Also there was not much room for improvisation or dialogue. So back to the drawing table.

Some other questions are:
Can I make people interact with eachother with a videogame?
Does a game like this need images to support the situations? 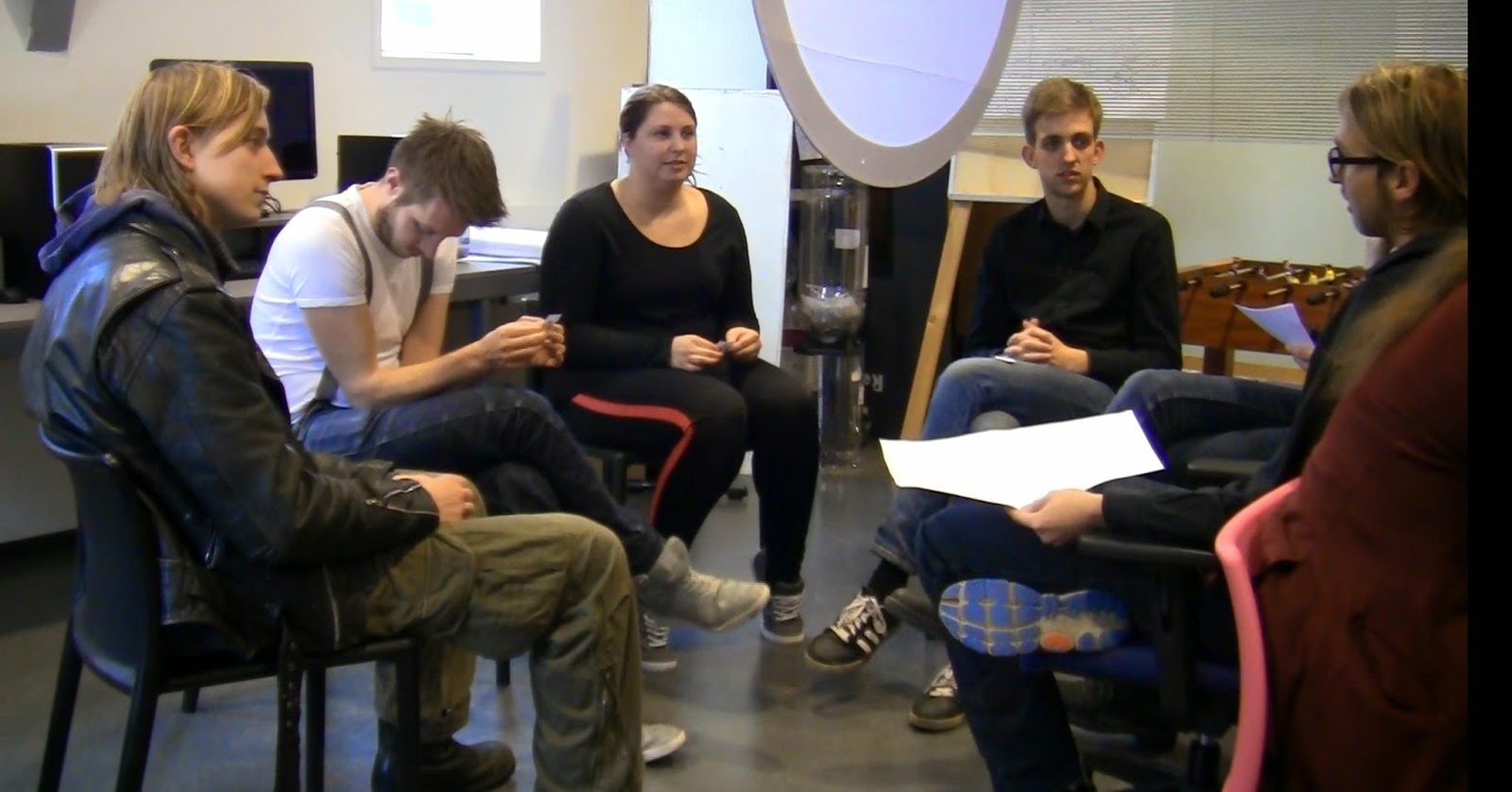