Form and shapes are also important for showing contrast. The real world is rigid, rectangular and cold. While the fantasy world is warm, round and cosy. Even though there is an evil part in the fantasy world. The part where the kids go to when they need to see a doctor or need to undergo a surgery.

All of the machinery, buildings and vehicles are based on things you can find in a hospital.
For example. This concept painting features a machine based on a cat-scan

The ship the players fly in is overloaded with monitors. Based on the monitors in their own room. 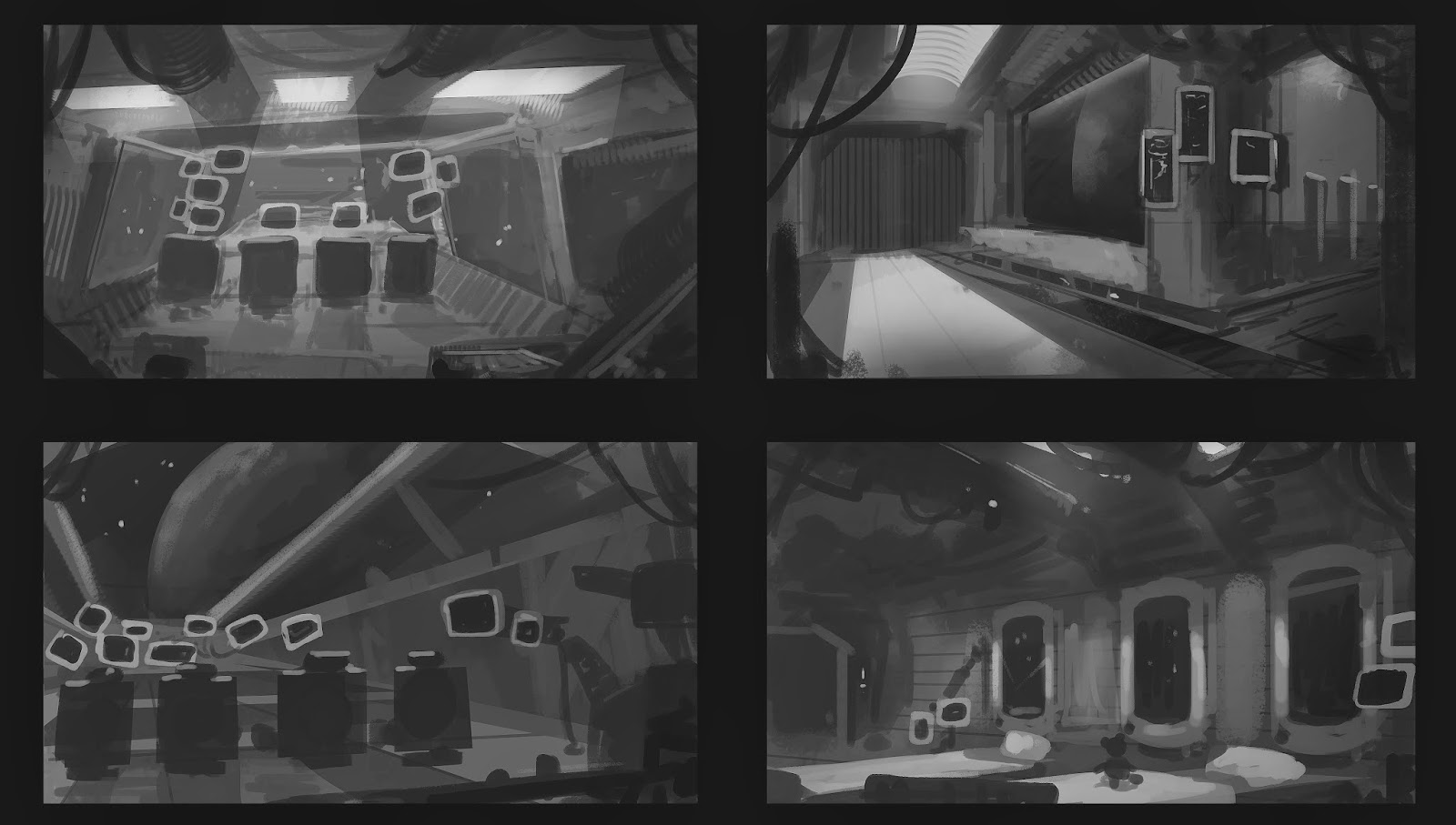 So everything the kids see is based on things in the real world. But often very deformed or made bigger or out of scale. 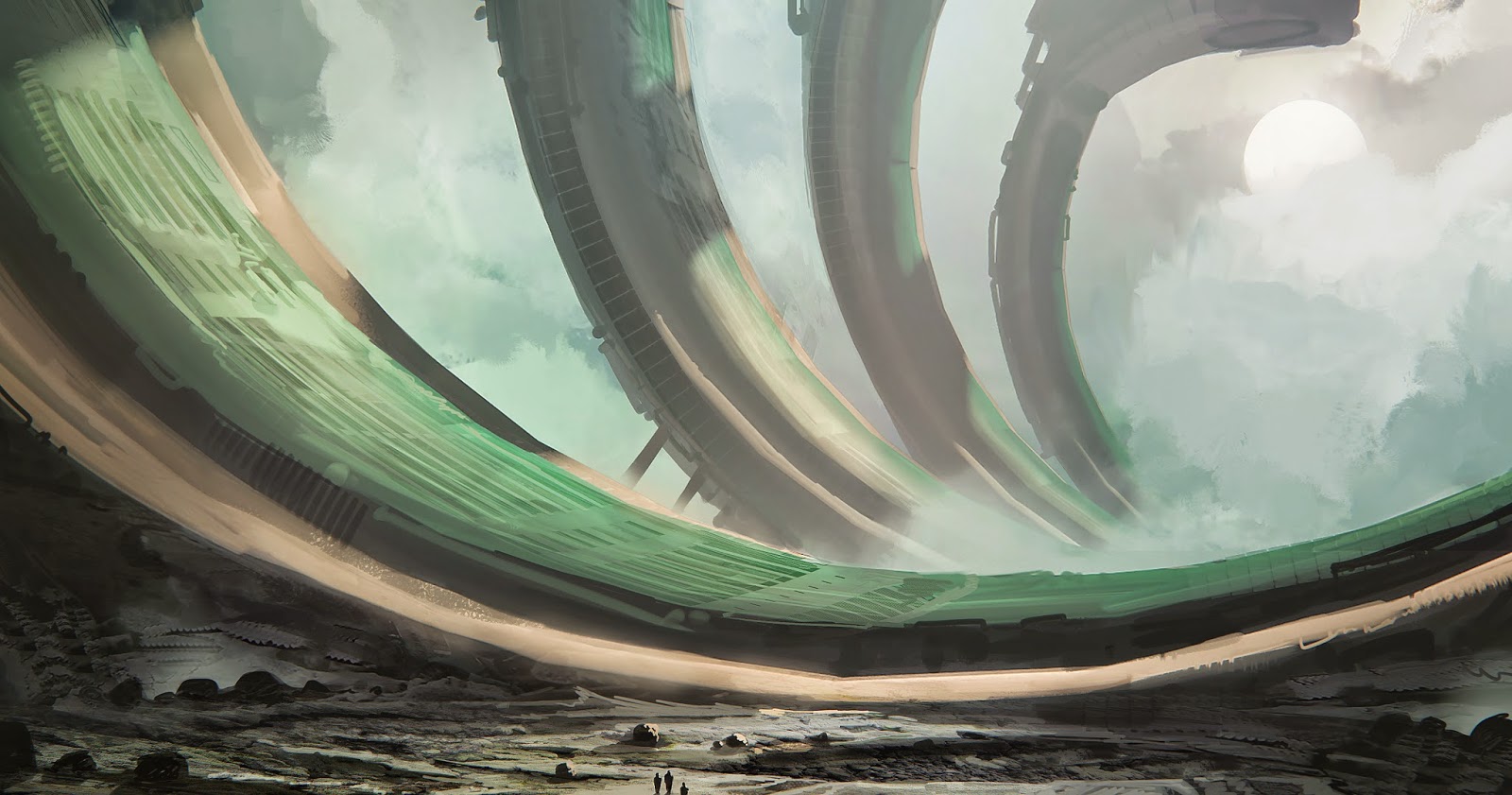 These shapes can often be found in a surgery room. In the fantasy world they are depicted as giant structures. 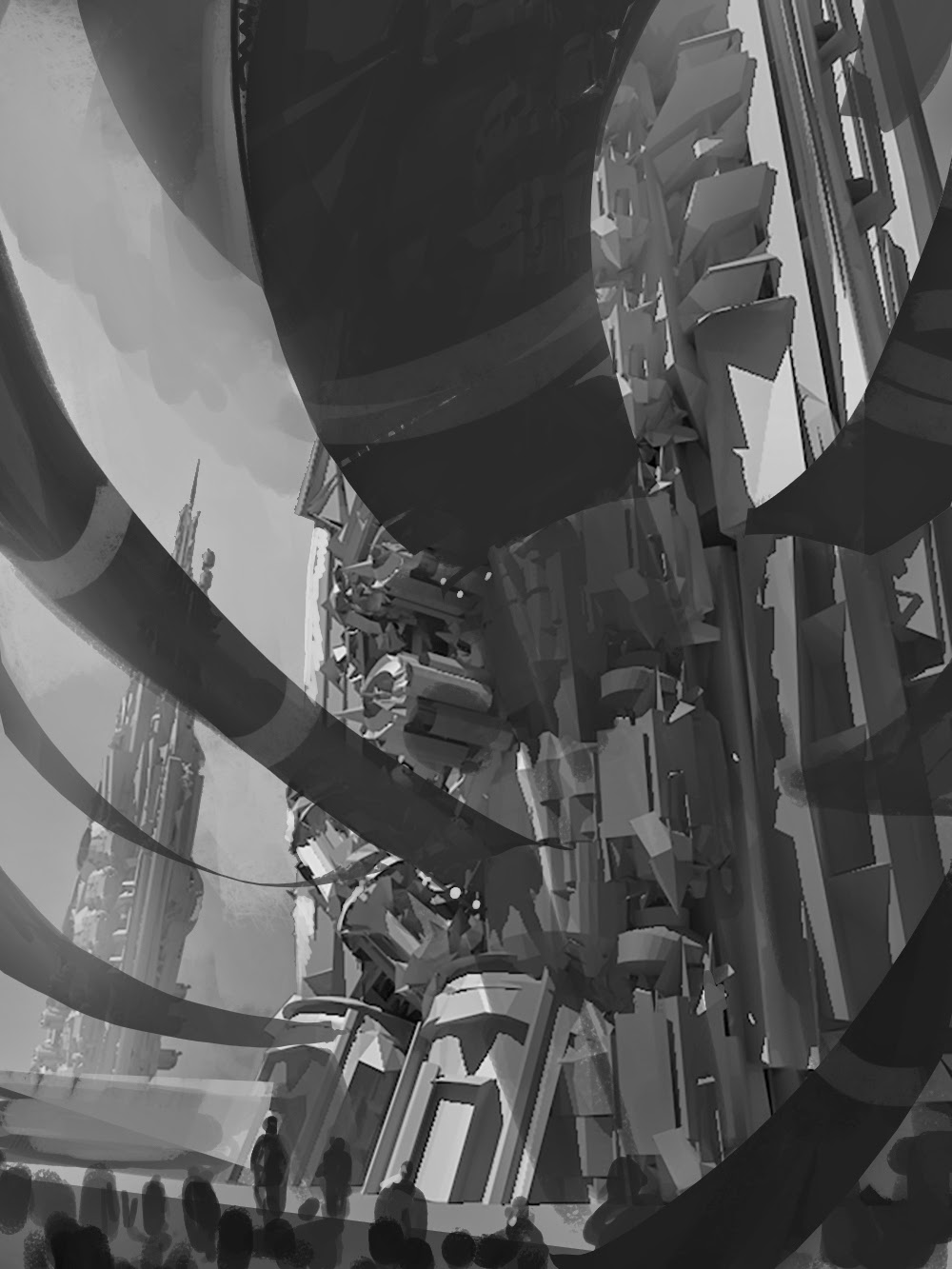 This structure is based on a blanket fort. Things I used to make as children very often!

This city is suposed to be the friendly part of the galaxy. With round shapes and warm colors. This is the happy place the children go to. This place could be made even more friendly by adding trees and animals to it.

So it's important to show contrast and symbolism. Every image should reflect a little bit to the real world and to the situation the children are in.
More about that later!